It was a typical quiet weekend morning with our energies focused indoors on house-related projects when a series of unusual background noises caught our attention. Rhythmic shouts and occasional thumps, human sounds apparently not mechanical, grew louder and closer. One long canoe, then another passed the house, heading south and approaching the shore near a local park. Curious, we grabbed the cameras and headed to nearby Martha Washington Park to investigate. There were two overlapping activities taking place, both reflecting history and current day concerns. Two canoes paddled by members of the Duwamish Tribe arrived at the park as a group of conservation volunteers gathered to clear underbrush from a stand of Garry oaks (link). 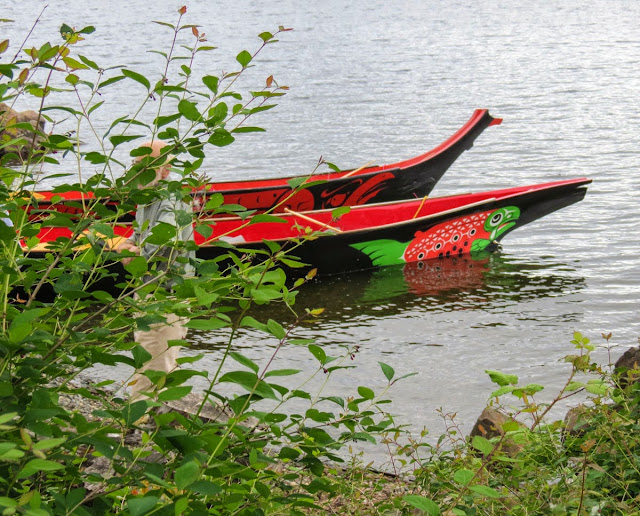 I knew that oak trees lined the park's shoreline, but have never thought much about this species or their history beyond gathering a few baskets of fallen oak leaves for Autumn decorations.

It seems Garry Oaks are native to Puget Sound, with large groves once widely distributed throughout the region, but now harder to find as development has displaced them. They are magnificent trees, and Martha Washington Park and Seward Park boast two groves and volunteer groups who work to keep them healthy.

Garry oak(Quercus garryana)Puget Sound's only native oak, this striking deciduous tree has white-gray furrowed bark and round-lobed leaves. Resistant to fire, the oak withstood frequent burnings by Native Americans who used fire to manage the growth of desired plants and berries. Oak acorns were a staple food for those who visited and possibly lived along the shore between today's Seward and Martha Washington parks. They pounded and soaked the acorns to leach away bitter tannins. seattletimes.com/html/outdoors/2003717960_nwwnaturalwanders240.html 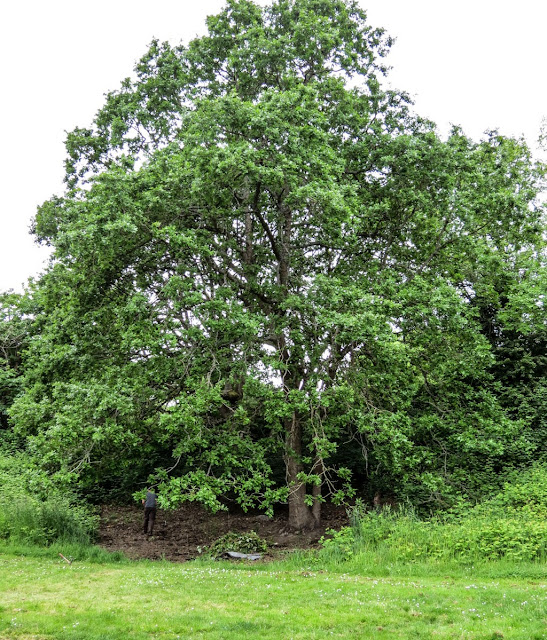 One branch of the Duwamish Tribe has ties to the lake (link) and the land around it, the one-time prairie that still holds some Garry oaks,  aggressive patches of blackberries and used to support camas and other harvestable plants. This tribe, though small in number, is an active group that continues its long fight for federal recognition. 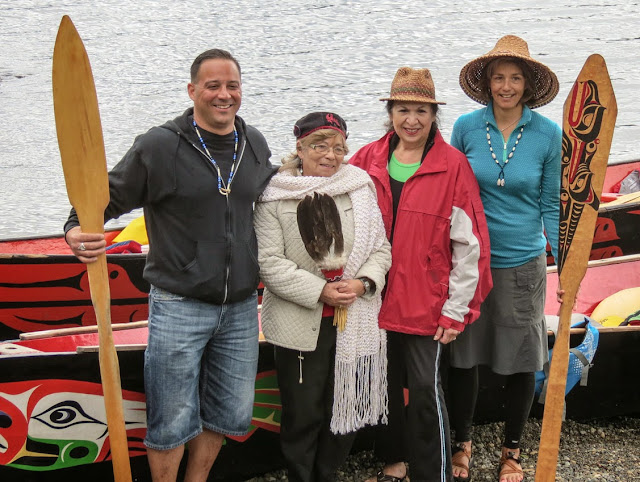 The land, the Garry oaks and the Duwamish paddlers share a history and a somewhat uncertain future. I like to think both were celebrating and celebrated at the park this weekend. 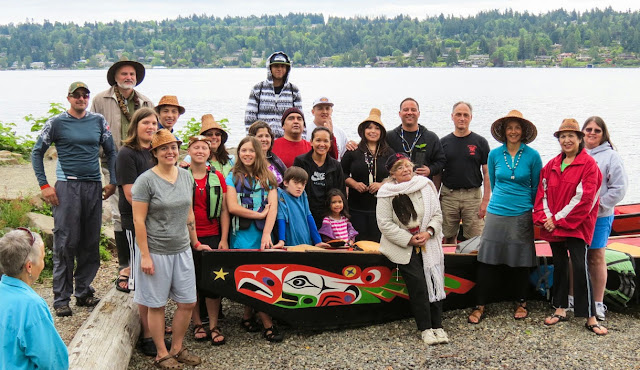 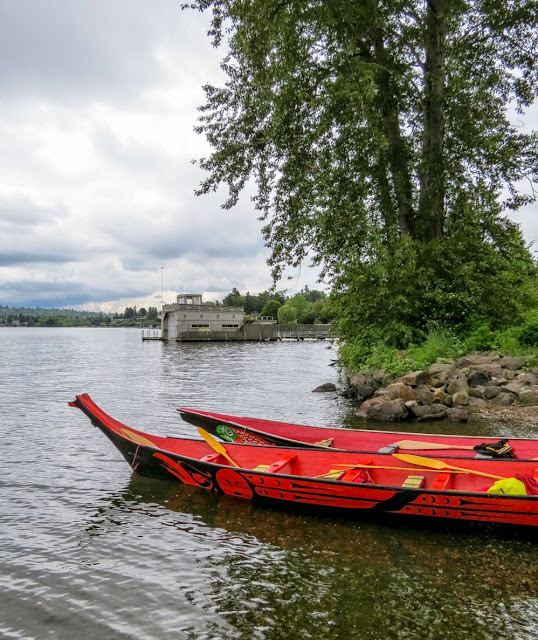